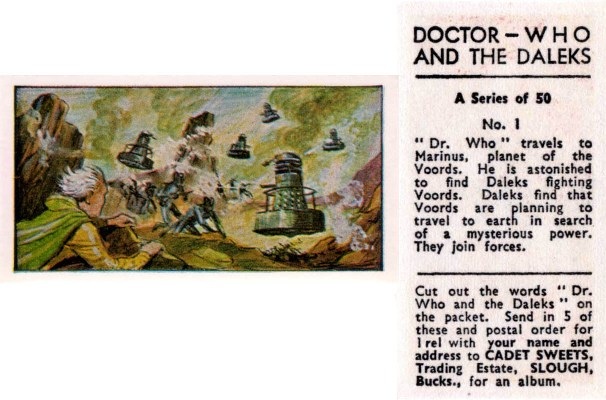 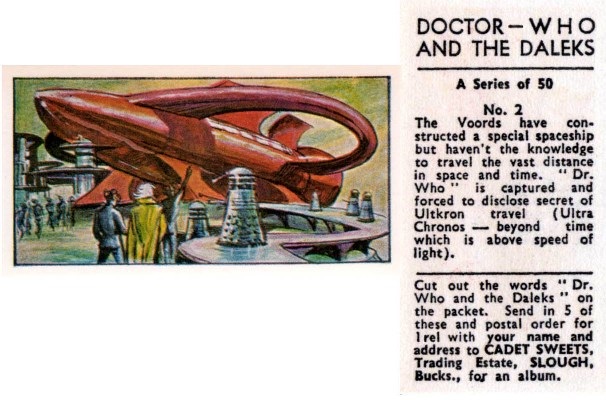 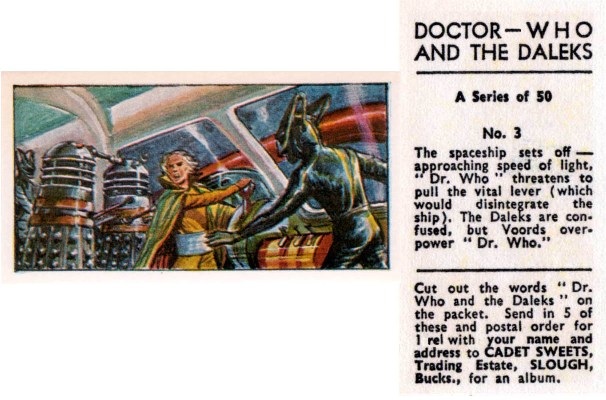 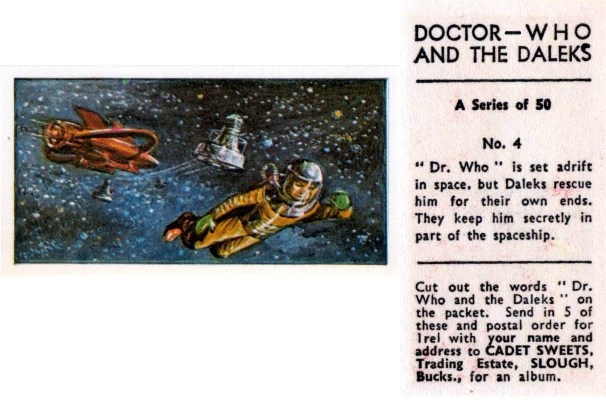 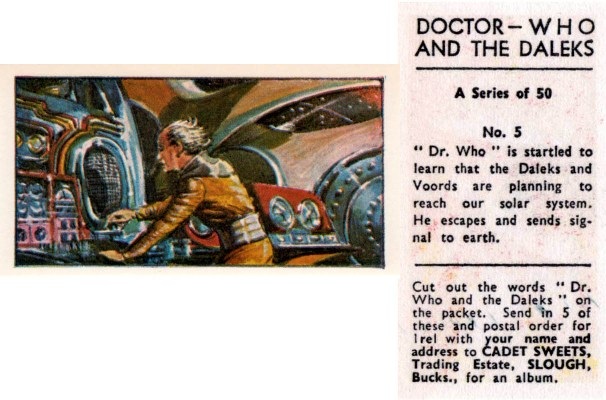 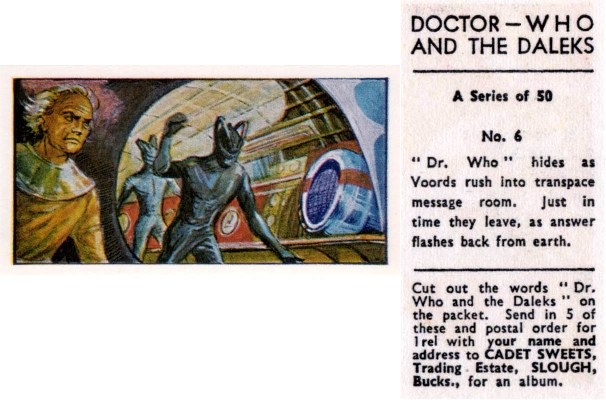 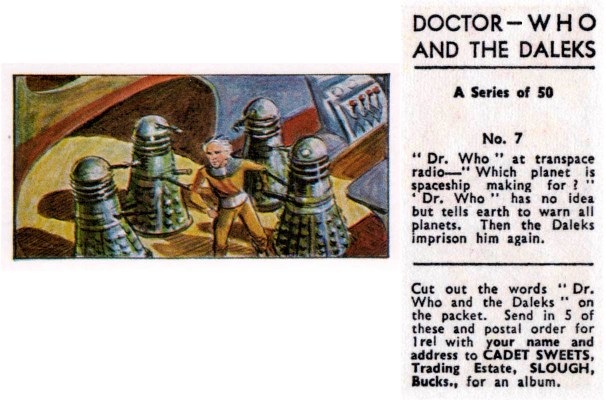 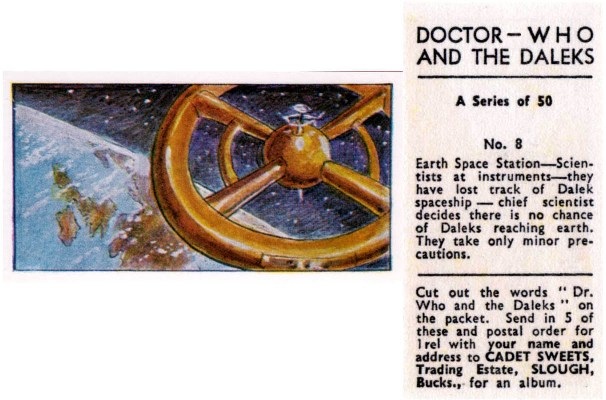 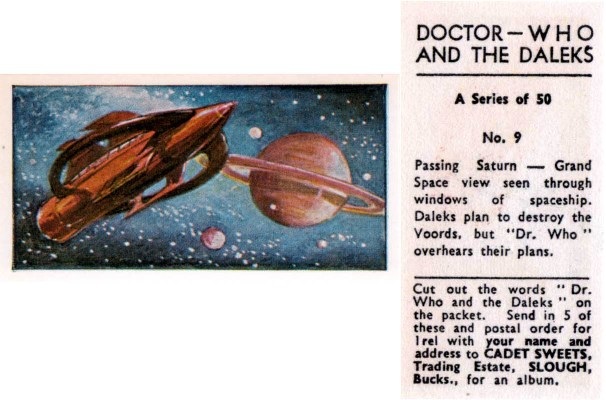 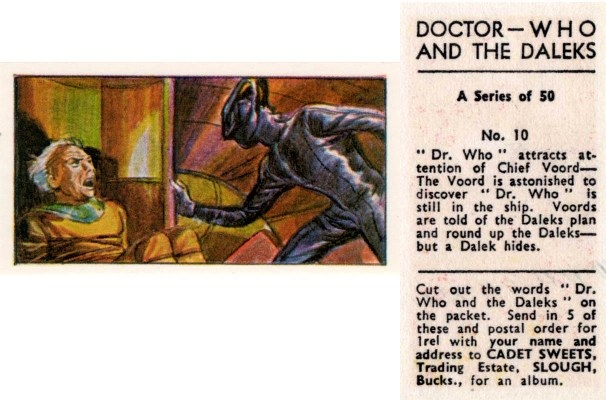 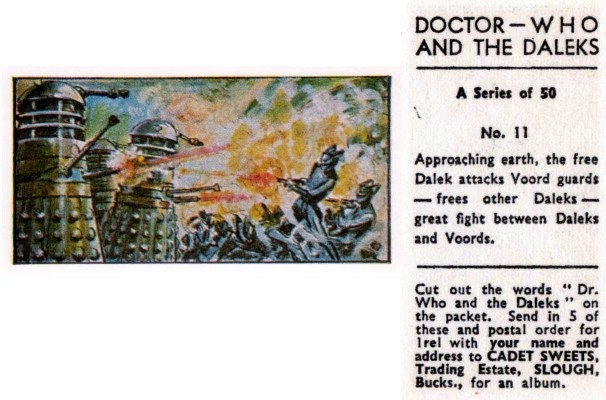 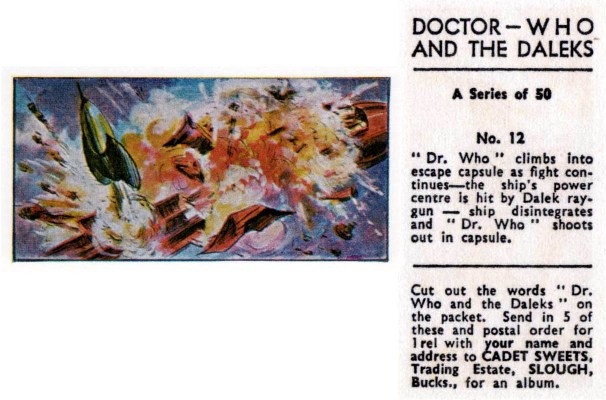 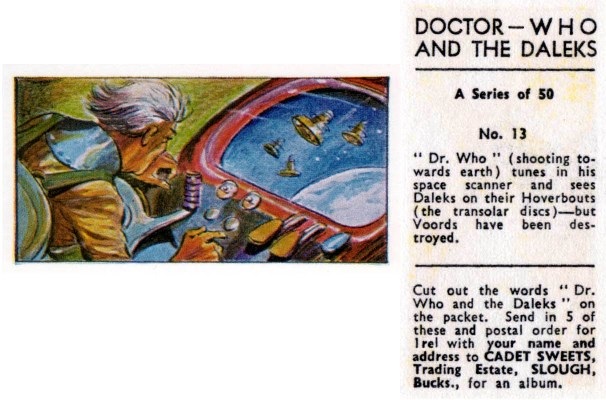 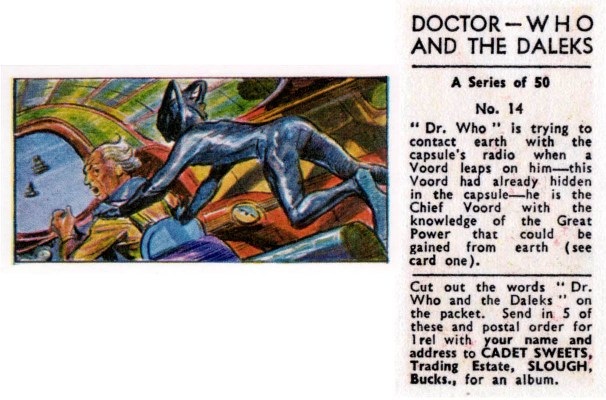 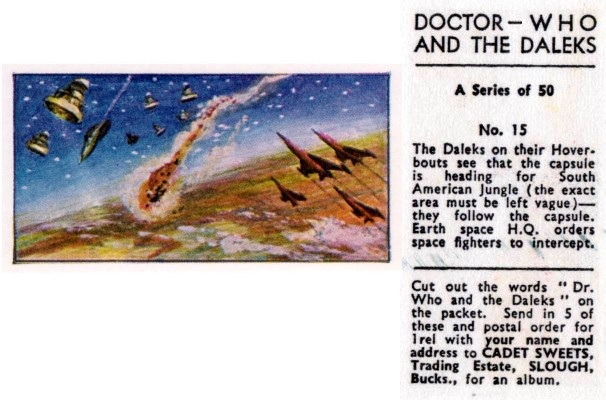 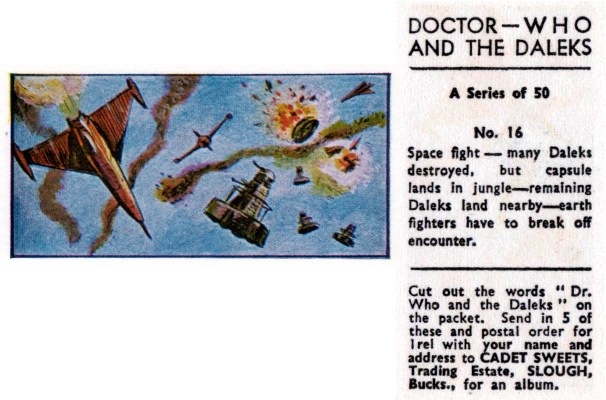 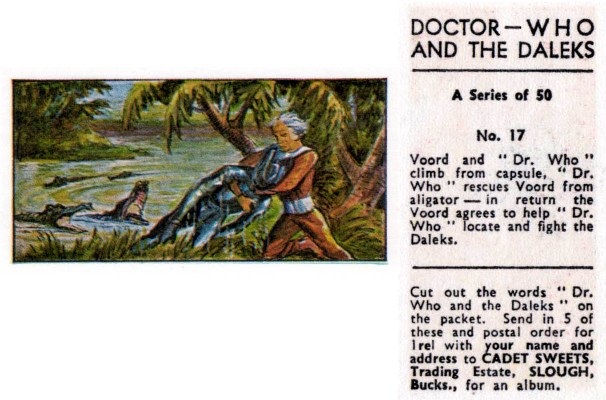 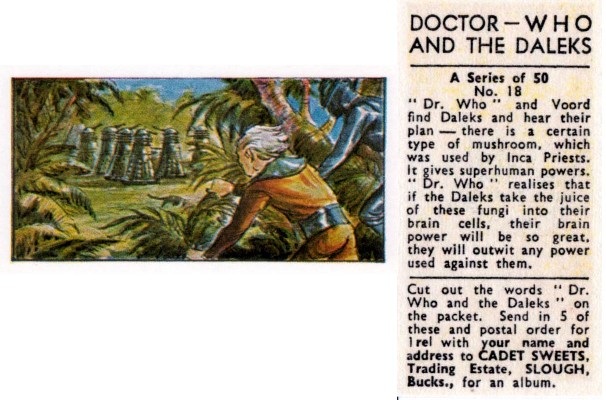 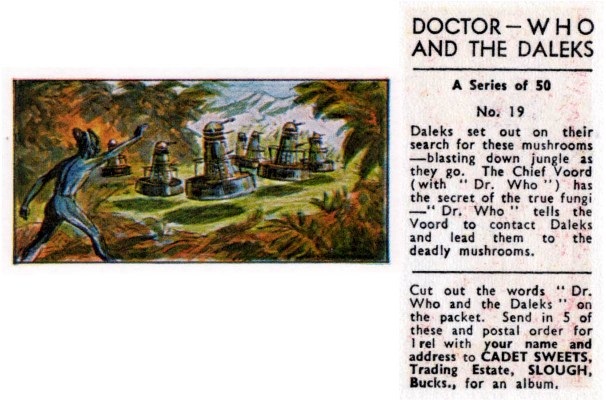 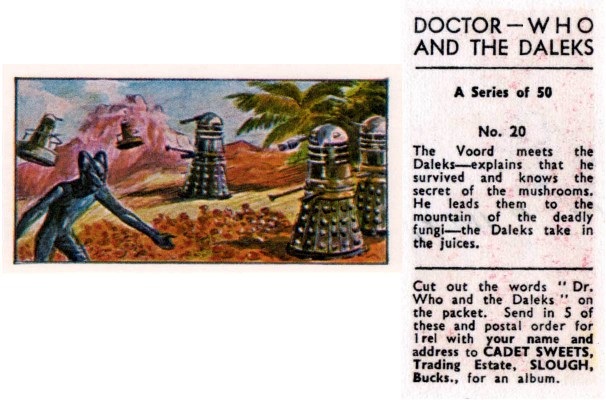 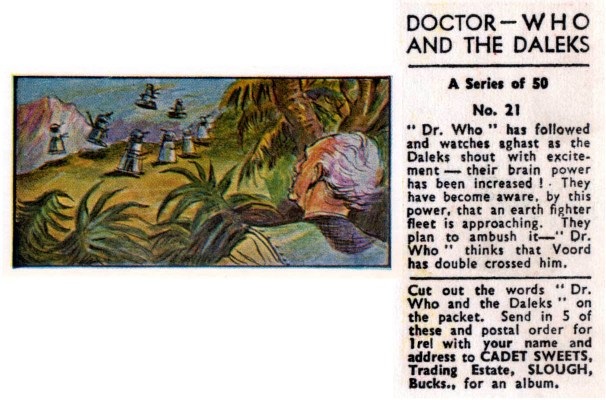 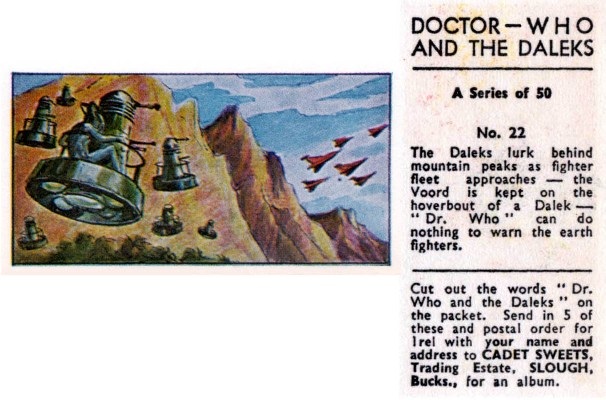 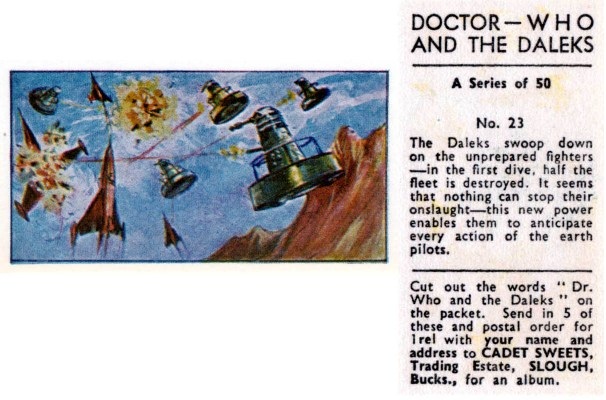 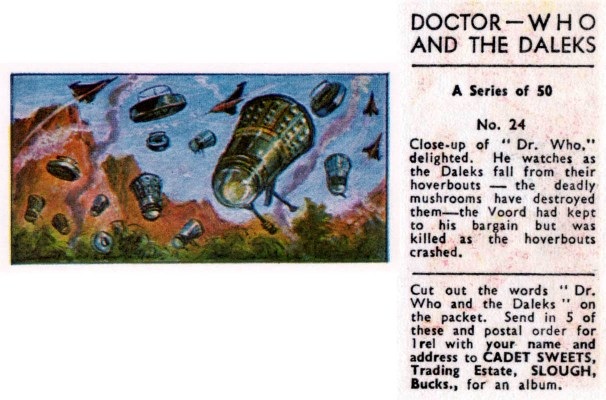 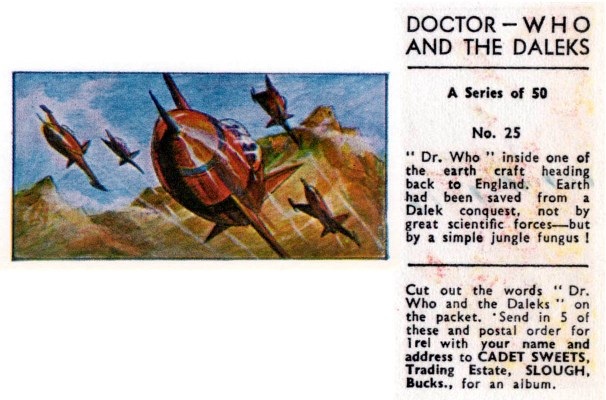 
Why include a vital lever which blows up the ship?

If you are going to dump someone in space, would you really bother to give them a space suit? That's thoughtful of the daleks and the voords.


Daleks are coming. "Dr. Who" sends a warning. Why take only minor precautions? Earth's chief scientist is a Bozo.


They're heading for a part of South America, but the exact location must remain vague.


Who or what is aligator? They must be frightening. Maybe they're like an alligator?


The voord is called Voord! What an amazing coincidence.


And it turns out that the Daleks and the Voords have come all this way just to eat some magic mushrooms. Definitely a story from the 1960s.


He is delighted, and returns to England, not even caring about Voord's noble sacrifice.