Greetings! Here are the lost companions. Hidden in plain sight. What some people may fail to realise is that the Jon Pertwee Recipe Book is illustrated with many companions. Unfortunately, over time these companions have been forgotten. Fortunately, I have rediscovered them. Here they are, with a brief description. 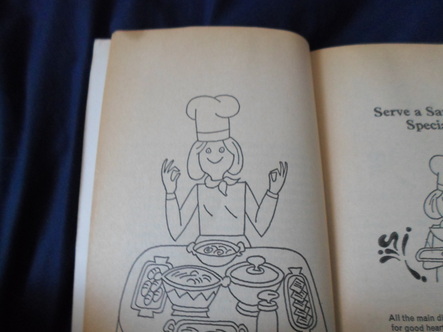 The first of our lost companions is this lady. Her name is Shelly. She has a lot of food in front of her, so she's either a very good cook, or has stolen somebody's dinner. No cook actually wears those chef hats that Shelly is wearing, so she is clearly a thief pretending to be a cook. She's making coded signals with her fingers, reflecting her war time experience as a spy for the Allies 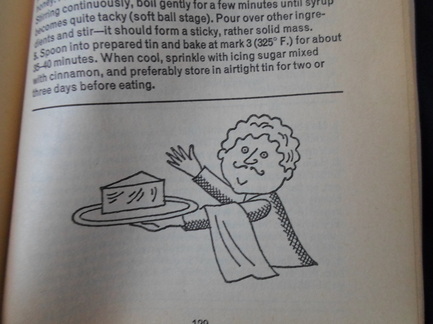 Next up, is Colin Baker, complete with moustache. This is pre porno-Colin stage. His name is Colin. He walks around, balancing plates of cheese. This is useful in adventures when cheese is necessary (e.g. The Exciting Escapade on Planet Cheezo), but is irritating when cheese is not needed. 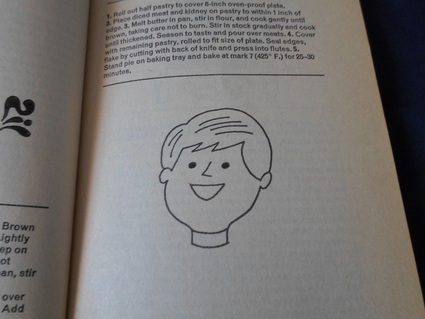 This is our second Dr Who to appear as a companion during the Pertwee years. This is a young Peter Capaldi, also known as Peter C, and Peter. The story goes he was getting a set tour one day, saw Jon Pertwee and badgered him into letting him be a companion. Peter's hobbies include writing letters to the Radio Times, taking drugs with Craig and trying to takeover fanclubs. 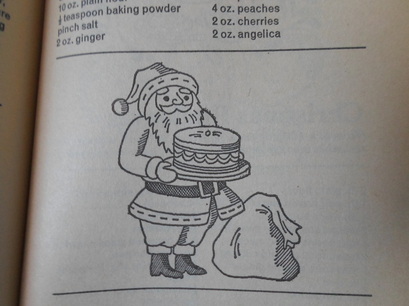 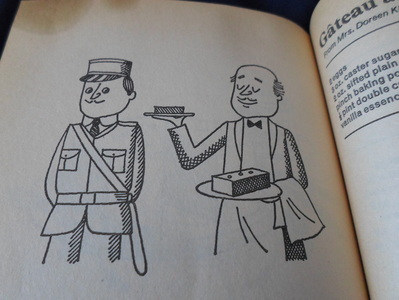 It's the folk comedy duo, Garr and Suthers. They are like the Flight of the Conchords. Except with less music. And less laughter. Garr specialises in dressing up as colonels, and Suthers's key tricks are spotting comets and giving bricks to people. They were companions to Dr Who in three adventures in 1973. 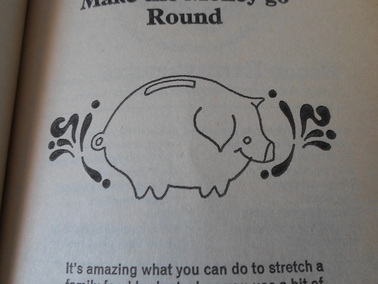 Piggy. The original non-humanoid companion. The forerunner to K9. Piggy was smug and intelligent. She lasted just two stories before Jon Pertwee kicked her so hard that she passed away :( 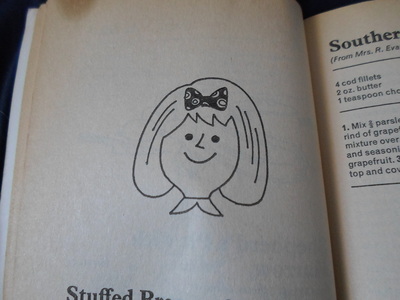 This companion is Madame H, though she is better known as Helen. She is Wildcard's biggest fan. She likes wearing bow ties in her hair. Following the departure of Jo Grant, she was brought into the show as a potential love interest for Dr Who, though she and Pertwee decided that their characters should remain "just friends." Speaking in 1991, Jon Pertwee described this decision as his one main regret during his long acting career. 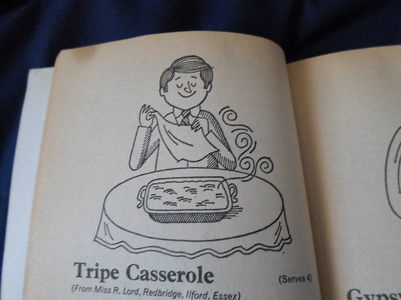 Narmopolof. An alien humanoid that likes eating tripe. Narm always had a funny line or two, but was not popular with the largely anti-tripe portion of the viewing public, so only appeared in 3 stories over Pertwee's tenure before being written out in a fire at a tripe factory. 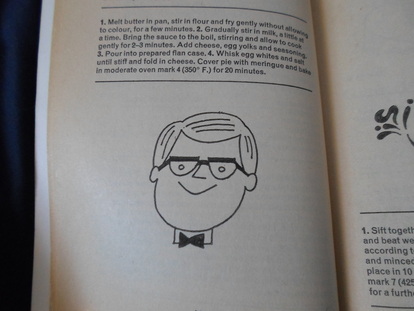 This incredibly dashing young fellow with a cool bow tie is Comrade (also known as CK). Recently voted the best companion of the classic era, Comrade is best described as a mixture of the Fonz, William Shakespeare, Alpha Centauri and Genghis Khan. Hailing from New Zealand, he is awesome! 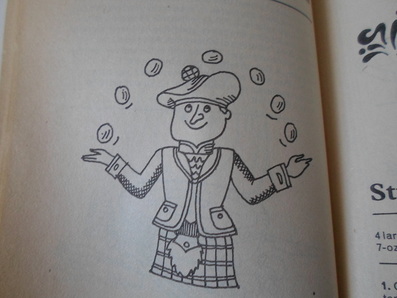 Not much is known about this Scotsman, except that his name is Fred and he was a journalist (possible forerunner to Sarah Jane?) 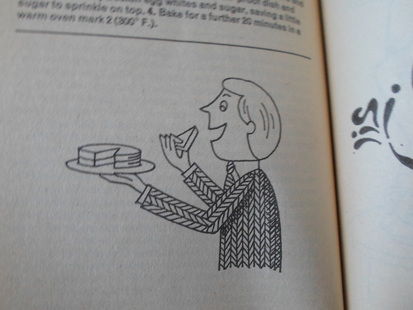 This is Roberto. He appeared in 5 adventures from 1972, but was left behind after he was mistaken for a turkey. It was he that taught Jon Pertwee that one's inner space is what matters most. 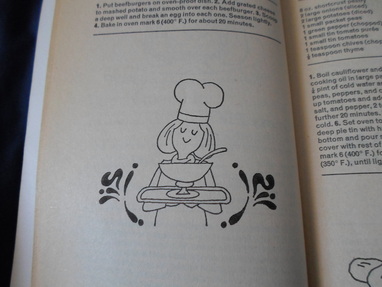 The final "lost companion" is Venus. Venus is of Chinese ancestry. She was a companion during Pertwee's first season, and would often make Dr Who some scones during the first episode of stories. She would often be shocked, causing her to drop whatever she was cooking. Her signature move was slamming cream pies into the face of her enemies.